← back to
Drumhex
Get fresh music recommendations delivered to your inbox every Friday.
We've updated our Terms of Use. You can review the changes here. 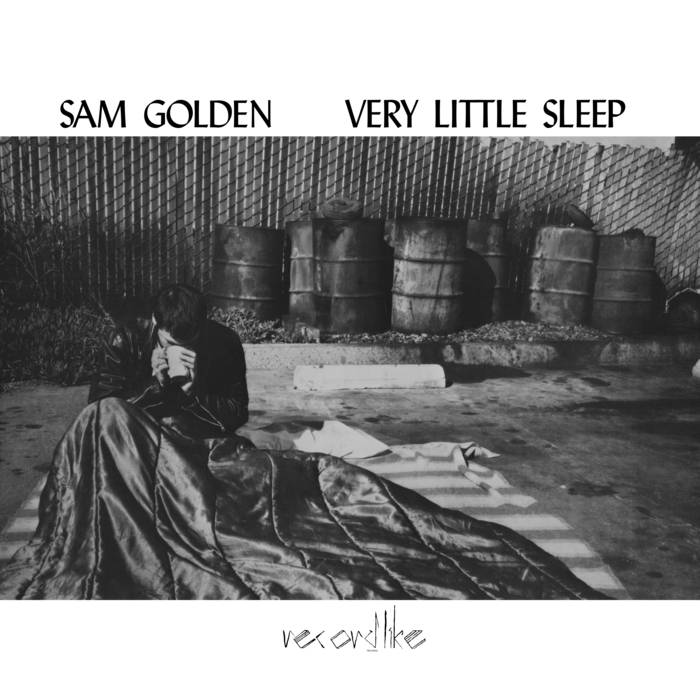 jonesyfans One of the most anticipated reissues in recent memory.

elabstracto Such and incredible album that slipped through the cracks back when it was released. Can't recommend it enough, I'm glad it finally got the treatment it deserved with this beautiful reissue. Favorite track: Place or Calling.

While surrounding music industry forefronts shifted more towards bread and circuses, it should come as no surprise that this particular record—a total deviation of such—was the doing of a teenaged punk rock participant. Sam Golden's Very Little Sleep was a promptly-abandoned pressing of five hundred LPs that had zero marketing treatment; most copies were actually destroyed. Its bass-baritone lead likens amateur dramatics, a sole protagonist crooning his most private love letters. Despite stage readiness, no song here was ever performed live, as giving this music an audience was not an immediate goal for Sam. Instead, his body of work serves mostly as a token of bereavement, of childhood maternal loss, memorializing the parent whose inheritance funded all production on the album. Crafted in Northern California 36 years ago, copies have since traveled outside the home state and country despite limited availability, all bearing the message "this album is dedicated to the memory of Peggy Golden."

Sam's one-man band developed an unparalleled sound. Punk in nature for its layers of sarcasm and raw performance, but an anomaly above all.

Digitally remastered at hires from vinyl, transferred on a Sony PS-X9 turntable with Soundsmith Strain Gauge cartridge into a JCF Audio LATTE ADC at 96khz